Are “Foldable” Smartphones coming in 2019? 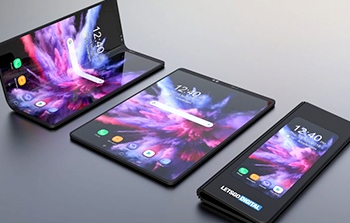 For the past couple of years, smartphone consumers have been hearing whispers about technology that will actually allow you to bend or “fold” your smartphone. However, as of this writing, these smartphones have yet to take off in the open market. So what’s the progress with this technology?

In the following blog post, we have taken a look at the latest information and rumors regarding the most intriguing development in the smartphone industry. 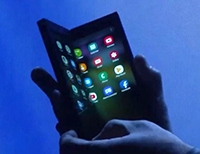 There were steps made in 2018 with Samsung announcing its own foldable smartphone model in November. Naming its folding technology the Infinity Flex Display, Samsung’s model allows you to fold your display in half and make it much easier to transport or fit into your pocket. In fact, once you have folded the device the smaller folded smartphone will still display a minimized screen on the back of the device, making it still usable to users.

As of this moment, three apps can run simultaneously on the new foldable smartphone. While the technology is being developed there are still some kinks to iron out with the overall performance, but progress seems to be steady as Samsung has partnered with Google to help complete its development. Currently this smartphone is simply a concept but, Samsung claims that mass production of this new smartphone device will be ready to begin in the next few months. 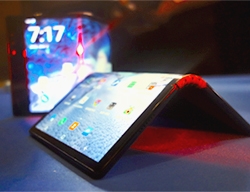 Many have speculated, but little is known of what Apple’s interest is developing this technology. With Apple having a relatively firm grip on the smartphone industry, there is little rush for them to jump into the mix. However, if foldable smartphone devices are a hit, then there is going to be real pressure on Apple to join in the race.

Stay tuned for the latest! But what do you think? Would you be interested in purchasing a foldable smartphone? Regardless of your answer, in the meantime, make sure you don’t suffer from any unnecessary damages or screen cracks on your current smartphone model with an insurance policy from Worth Ave. Group. Our insurance coverage protects against a variety of damages including cracked screens, liquid damage, theft and more!