How Millennials Have Changed the Tech Landscape

It's no secret that millennials have been responsible for some of the most talked-about trends over the years. Avocado toast, unicorn everything, even the aptly named 'Millennial Pink' - the list goes on and on. But one of the sectors where the millennial influence has been felt the most is in technology. Today, we're going to look at some of the ways the millennial generation has significantly changed the face of modern technology:

The Rise of Streaming 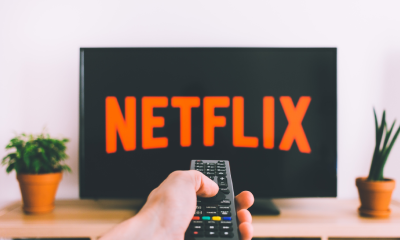 Starting in the 90s, digital cable took over the airwaves. Customers could subscribe to different tiers and based on their tier, they could have access to a variety of channels that you could have only dreamed of with basic cable. This started to change in the 2000s, when YouTube and Netflix came on the scene. This has led to many millennials canceling their cable and getting their television completely from digital or streaming sources - which means that traditional cable companies have been seeing declining profits and loss of revenue. Nowadays it seems like every cable company or television network is coming out with their own streaming service!

Whatever Happened to the Good 'Ol CD?


Back in the 90s, you weren't a "cool kid" unless you had a portable CD player that was blasting the hottest tunes. You couldn't imagine a world where CDs didn't exist. That is until two teenagers decided they were going to change the way youth consumed music forever. This change came in the form of a music distribution platform: Napster. Using Napster, people could share and download songs encoded in an MP3 format. This eventually evolved into iTunes and music streaming platforms such as Pandora and Spotify. Now, instead of having to wait for a CD, music was digitally available to be listened to anytime, anywhere.

Wait, There's an App for That!

In this Millennial-driven tech society, the smartphone reigns supreme. Developers and tech companies have used this to their advantage, by turning everything you once had to do in a separate place into an app. Instead of going to the bank to deposit your check, going to Mapquest to get directions or watching the weather channel to check the forecast, all of this can now be done using apps on your phone. But it doesn't end there - you can even buy groceries, schedule doctor's visits and watch Netflix. This would have seemed like something from Star Trek 20 years ago, but now we can't imagine our lives without having an app for everything.

E
co Is In 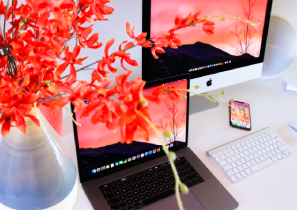 Millennials are arguably the generation most concerned with environmental sustainability, with 87% of Millennials believing companies should be addressing urgent environmental and social issues. Since millennials make up about 30% of the world's population, tech companies have had to follow suit or risk losing a huge chunk of their customer base. Apple makes their MacBooks with 100% recycled aluminum and have decreased their average energy consumption by 70% since 2008. Samsung introduced the Eco-design Process in 2004, which evaluates a product's environmental impact at each step of the production process. Sony has also worked to make their products more eco-friendly. They reduced the power consumption of the PS4 by 28%, created a sound bar made out of recycled plastic and ship their AIBO robotic dogs in packaging made out of recycled plastic bottles.

Oh the Places You Can Go 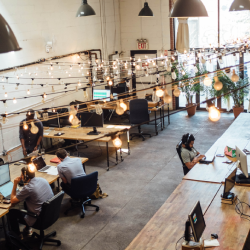 One of the biggest ways millennials have influenced technology is that they'll largely have a say in where the future of technology is going. Unlike the other generations, millennials have grown up alongside technology and have lived through the technology boom. While the older generations can appreciate this new technology, they largely don't understand how it all works or just don't have an interest. Millennials, on the other hand, know what they like and what they don't, and are very vocal about how technology should meet their needs. This, paired with the fact that millennials tend to be the main focus group for businesses and marketers, means they will largely influence the future of tech.

Make sure all of your millennial-approved technology is protected from life's daily mishaps. Nothing's worse than a cracked tablet or a water-logged smartphone. Shop plans today!