Which is the right choice for you: Amazon Alexa or Google Home?

As smart speakers continue to make their way into people’s homes, people are most likely choosing between two tech behemoths: Amazon and Google. Amazon released their popular Alexa enabled speaker, the Echo, and it quickly became one of the best-selling technology products of the year.

With support for Amazon Prime, Alexa Skills, and the latest in smart technology the Echo became a fixture in many homes. Over the 2017 holiday season, Amazon reportedly sold tens of millions of Echo devices, leading to its greatest holiday season thus far.

Google has entered the competition space as well, with the introduction of their smart speaker the Google Home. Google doubled down with their “Home” line when they introduced their Google Home Maxx speaker and Google Home Mini.

Google benefits from the search abilities of Google, and Sundar Pichai, the CEO of Google saying that the future of Google is in AI and voice assistants.

The question, though, is how do you decide between the two smart speakers? The Apple Homepod won’t be released until February 9th, so until it is released it isn’t a viable option to compare. Let’s see which smart speaker reigns supreme. 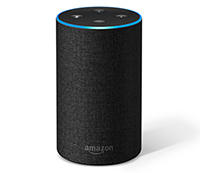 As of right now, the Amazon Echo does not support Youtube, Apple Music, Tidal, or Soundcloud.

The Amazon Echo can be used independently as a Bluetooth speaker as well, but if you have Apple Music you’d be better served waiting for Apple’s Homepod.

Speaker:
The speaker on the Amazon Echo is clear and precise, though the sound doesn’t quite fill a room as well as the Google Home does.

Using the Amazon Echo with the Echo Dot, Show and Spot allows for better interconnectivity, and for use in multiple spaces in the home.

Beyond built-in skills, the Echo has support for third-party Alexa skills, which are skills companies and individuals can make specifically for the Alexa platform. Different companies are making their own skills, like Uber, Pizza Hut, and noted social media entrepreneur Gary Vaynerchuk.

Q & A:
Amazon doesn't have the treasure of trove of search query information that Google has, however, the Echo itself does a pretty good job of answering easy questions.

To fully develop the abilities of the Amazon Echo, third-party Alexa skills have to be added.

Communication:
The Amazon Echo can make phone calls to phones and to other Echo devices. 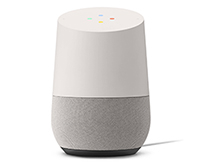 If you’re someone who has YouTube Red or Google Play, the Google home will most likely be the smart speaker that you will want to buy.

Beyond streaming, the Google Home can additionally be used to stream Bluetooth from a source, so you can play apple Music or Amazon Music via your phone with the Google Home as a speaker.

Speaker:
The speaker on the Google Home is surprisingly good. Its base fills a small room, and if you buy the Google Home Maxx, you’ll get a speaker that can actually change the way music sounds based on the size and orientation of a room.

The speaker on the Google Home can also work with the Google Chromecast to help create a more functional smart home.

Assistant Features:
The Google Home has a host of assistant features and has support from more than 150 brands and 1000 different smart home devices to create the most well connected smart home. Additionally, the Google Home app is great if you have an Android phone and use a lot of different Google Apps like Google Keep, Google Duo, Google Shopping etc.

Q & A:
The Q&A features of the Google Home come from the functionality of Google Search. Though there are no third party developer options for the Google Home, you can create voice command functions with IFTT.

Communication:
Google Home devices can communicate with each other and with Google Chromecast devices.

Which should you buy?