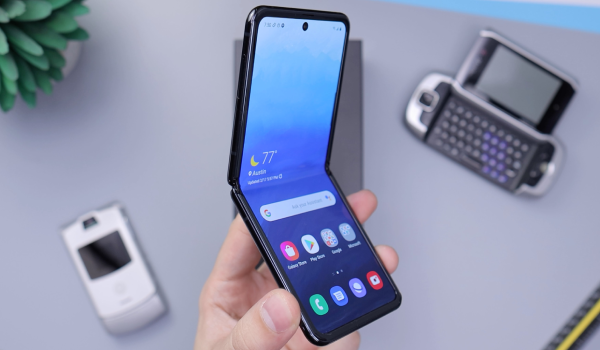 The concept for foldable phones was a direct reaction to an increasingly cooling market. Customers are tending to hold onto

their older phones for longer because newer models don't warrant the increase in price. Foldable phones were meant to rejuvenate the market. Samsung was set to launch the Samsung Galaxy Fold in April 2019, bus issues such as glitching screens, broken hinges and clearly visible creases in the screen led to Samsung postponing the launch while they worked to fix these issues. The Samsung Galaxy Fold was officially released in September 2019.

Since the launch of the Samsung Galaxy Fold, we have seen other phone manufacturers make their mark. Motorola released its Razr foldable smartphone on February 6, 2020, which was like the original Razr's older, sleeker cousin. About a week later on Valentine's Day, Samsung released their second foldable phone, the Galaxy Z Flip.

Although foldable phones have been getting a lot of press time, the group they appeal to is a small niche group of tech enthusiasts. Most of the mainstream customers aren't willing to pay an exorbitant price for a phone that comes with so many issues. These issues include:

• Flimsy plastic or paper-thin glass screens that are prone to scratching and can't easily handle daily wear and tear. Not to mention that due to their design, you can't use a screen protector.

• In the same vein, you can't use a phone case.

• Most phones will have a permanent crease in the screen.

• The hinge on the phones breaks easily. But when phone companies make the hinge more durable it leads to a bulky phone that doesn't align with the sleek smartphones that most people want these days.

• The Razr foldable smartphone and Galaxy Z Flip are basically just re-engineered flip phones. Smartphones were created to do away with the awkward flip phone in favor of a sleeker, more modern design. Not many people want to be seen as "that guy with the flip phone."

The yet to be released Microsoft Surface Duo may be the answer to many of these issues. It consists of two separate screens connected by a sturdy hinge, so you won't have to worry about a crease down the middle of your screen and the phone can also be made with conventional glass. But even then you have two separate screens instead of one large screen, which was the appeal of the foldable phone in the first place. So is it really a solution at all? 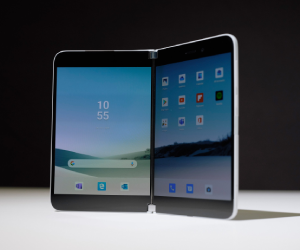 With all these issues, it would seem foldable phones are a passing fad that will leave as quickly as they came. But many tech experts say not to count them out completely. They make the point that these phones are a brand new concept which is still in its early stages. It can be expected that design and durability will improve with time and experience. They also point out the clunky designs of the original smartphones, which took a few years to become the sleek, modern beauties that we all know and love today. And with all the talk of Apple's secret, yet-to-be unveiled prototype, it still seems like there's a lot to look forward to.

Whether you have a foldable phone or a regular smartphone, there's nothing worse than a smashed screen or water damage. Protect yourself against these and other daily mishaps when you get an insurance plan from Worth Ave. Group. You won't regret it!