Self-Driving Cars: How Close Are We Getting? 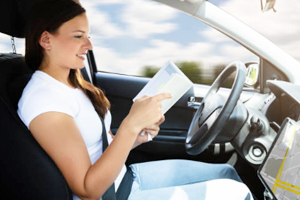 Picture it: a stress-free morning commute where you can read the next chapter of that riveting novel or catch up on last night’s episode of your favorite TV show, all while your car navigates the ups and downs of rush hour traffic. A few years ago this would have sounded like a futuristic fantasy, but thanks to current technology, we’re closer than ever to cars that can drive themselves.

The Department of Transportation uses a six-point scale to determine how autonomous a vehicle is, with zero being no automation up to five being full automation. Where a car falls on the scale is largely determined by how responsible the driver is for the vehicle’s operation. 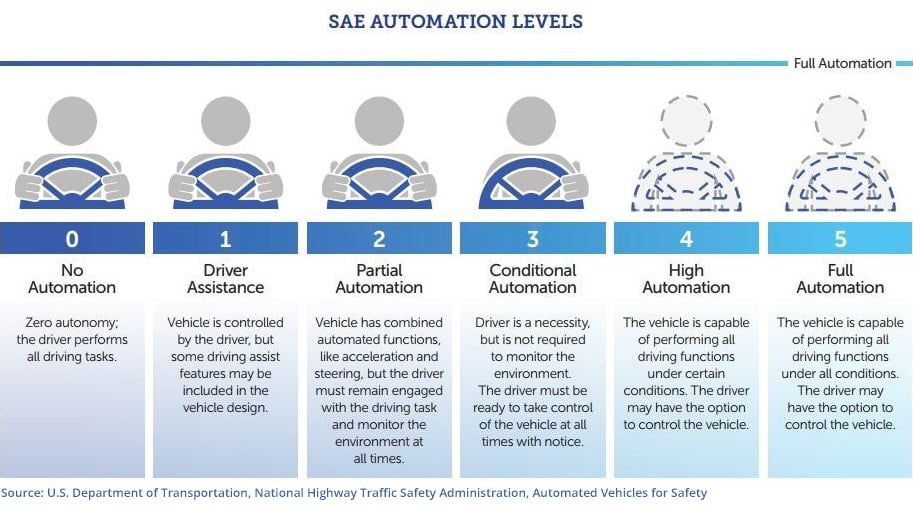 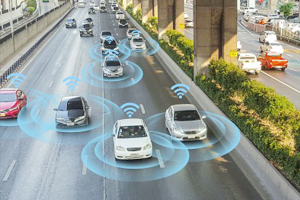 Most cars today would still fall under zero, where the driver has to be completely aware of their surroundings and is responsible for all driving tasks. A few cars, such as the 2011 Jeep Cherokee and the 2014 Chevy Impala are classified as a level one. These particular cars come with some driving assist features, such as Adaptive Cruise Control, which will autonomously adjust their speed to maintain a specific distance from the car in front of them. A level two car can control multiple automated functions, however the driver is still expected to be aware of their surroundings. The GM Super Cruise is a perfect example of a level two; you can take your hands off the steering wheel and the car will be able to maintain its own speed and steering, but there are cameras aimed at your eyes. If the car senses you’ve taken your eyes off the road the system will automatically disable itself. There are very few cars that fall in the level three to five range, and those that do are still very early in the testing phase and not available for mainstream use. 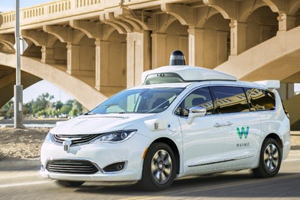 Waymo, a California-based self-driving technology development company, has been hitting front page news for testing level four cars in Arizona. Using their Early Access program, a user can sign up online and be picked up by one of Waymo’s cars. However the cars have no safety driver, therefore there are limited conditions in which the cars are allowed to drive. Even so, this is a very positive development for the future of self-driving cars.

While it may be a few years before self-driving cars will be the norm and not the exception, we’re closer now than ever before. This just shows that when it comes to technology, anything is possible.

Looking to protect the technology you already have? Follow this link to learn more!