What you need to know about the New iPad Pro! 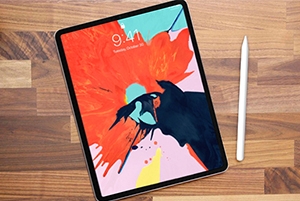 As the Apple carousel continues to produce new electronic devices this fall season, it's most impressive release yet might just be the new iPad Pro. While everyone was, instinctively, paying attention to the latest buzz surrounding its newest iPhone products, you might have missed the excitement surrounding their newest iPad.

In the below post, we have taken a look at everything you need to know regarding the newest iPad Pro models. 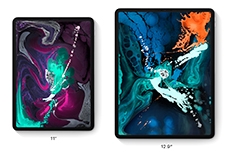 Size and Specs
The latest iPad Pro comes in two sizes: 12.9-inch and an 11-inch display. They also have larger displays than Apple's previous models. Along with its increase in display size, the new iPad Pro models also come with a resolution of 2,732 x 2,048 (12.9-inch model) and 2,388 x 1,668 (11-inch model). In addition, there is no home button, much like the newer iPhone models.

One of the biggest positives among those who have reviewed the newest models is its light build. Despite the larger screen and bigger display, the new iPad Pro models are actually lighter than previous models. The estimated weight of the newer models is 1.39 lbs. and 1.03 lbs. respectively. 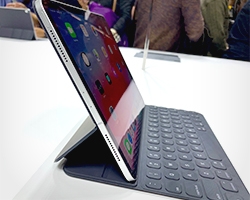 Additional Features
Along with the removal of the home button, the new iPad Pro continues to model itself after the new iPhone models by containing no headphone jack. The other major upgrade is the incorporation of Face ID. The 2017 models introduced users to Touch ID technology, but that has received a serious upgrade in this year's models. Much like the previous models from 2017, the newer devices come equipped with 4K video recording technology.

Are you interested in the newest iPad Pro? If so, make sure to insure your iPad through Worth Ave. Group and avoid the risk of having to replace your iPad at a much higher cost! In fact, you can purchase insurance coverage for as low as $2.17/month which translates to just $26/year! Not only does our insurance cover all models of the iPad, but it also covers your iPad for a variety of losses, including: accidental damage, cracked screens, theft, liquid submersion and more!